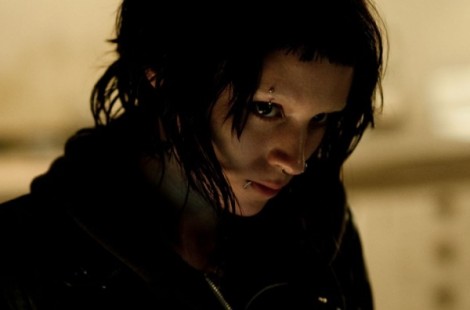 ‘The feelbad movie of Christmas’ is quite a tagline to live up to, yet after witnessing the title sequence to David Fincher’s English language remake of The Girl with the Dragon Tattoo (2009) it would seem that the director can more than deliver on the twisted public relations posturing. Fincher’s highly stylized opening immediately immerses the viewer in a climate of torment, as metallic humanoids writhe in a state in which pleasure is indistinguishable from pain – a theme which is consistently revisited. This unconventional introduction may seem somewhat out of sorts with Fincher’s latest foray into the crime-thriller genre yet immediately states his intentions for this powerful and divisive remake of the original Swedish adaptation.

Fincher himself is no stranger to violent murder and depraved mystery – The deadly sins of Se7en (1995) and cryptic neo-noir of Zodiac (2007) highlighting the director’s unmistakable talent for showcasing deeply disturbed serial killers and the equally tormented partnerships who hunt them. The Girl With the Dragon Tattoo adding another unlikely yet extremely endearing team to Fincher’s canon; Mara and Craig joining Pitt and Freeman, and Downey Jr. and Gyllenhaal, in the cast of unforgettable Fincher partnerships.

Rooney Mara’s portrayal of the now iconic Lisbeth Salander is one of irresistible nature. The manner in which Fincher ultimately teases Salander’s sexuality alongside her exploitation – raising the debate of why a tentative feminist icon is equally the object of such corrupted desire – may be somewhat cynical in its delivery, though the anti-heroine’s presence races through the narrative, irreversibly changing all that she comes into contact with. Mikael and Lisbeth’s ‘complicated’ relationship steers both the hunt and their individual journeys; Lisbeth combing through corporate record rooms as Mikael moves within touching distance of the killer – a scenario perfect for cultivating tension whilst highlighting the pair’s vulnerability when without one another.

After cornering the market in California based criminality, Fincher has relocated his sadistic brand of crime and punishment to an unfamiliar and suitably nightmarish portrait of Sweden – a country which beneath the high gloss department store surfaces battles with the very real social issues of racial division, sexual violence and suicide. The initially intimidating two and half hour runtime allows the film to brood and mature in terms of both plot and characterisation, whilst Lisbeth and Mikael manoeuvre themselves through the many dark recesses of Sweden’s rural isolation and urban decay uncovering much wickedness along the way. Essentially Fincher remains true to the depraved and often extreme exposition of Larsson’s source material without descending into unpalatable Nordic snuff.

Following the fantastical leanings of The Curious Case of Benjamin Button (2008) and the sterile sleekness of Oscar baiting The Social Network (2010), The Girl With the Dragon tattoo may prove a return to form for those who fell in love with the grimy underbelly of Fincher’s early body of work such as Seven (1995), whilst others may view it as a regressive step towards the sensationalism of old. Ultimately Fincher has found a harmonious balance, creating an accomplished visual experience, characters for whom you genuinely care or distrust, and numerous highly original moments (regardless of the means by which they are achieved). The film is a social critique, though nothing equals Fight Club (1999) and Tyler Durden’s post millennial diatribes in terms of potency, and the narrative thread isn’t as compelling as Zodiac’s enigmatic grandiosity yet Fincher has still managed to craft an action-thriller which cannot and should not be denied as the runt of the director’s snarling litter.

After procuring an Academy award for their efforts scoring Fincher’s The Social Network (2010) Atticus Ross and Trent Reznor return to embellish upon The Girl With the Dragon Tattoo’s already oppressive atmosphere. Unfortunately where the Nine Inch Nails frontman’s newfound brand of menacing electronica proved so accomplished in translating the digitised emptiness of The Social Network, it often descends The Girl with the Dragon Tattoo into a relentlessly bleak realm of fuzz laden distortion and xylophone led death dirges – unnecessarily striving to convince those unaware of polite behaviour that Nazism, torture and sodomy are, in fact, as unpleasant as they seem.

The Girl with the Dragon Tattoo may well be a long dark trip into a frostbitten abyss, offering very few, if any, moments of relief depending on your constitution but this does not interfere with chillingly believable characterisation, a thrilling plot and an experience that will undoubtedly drag you kicking and screaming through numerous emotional confrontations.