Television as we know it is changing, and with the success of Netflix’s new model of releasing entire, instantly viewable series of streaming content, such as the acclaimed House of Cards, Amazon/LOVEFiLM have unveiled their latest pilot offerings. FILM IN WORDS casts it vote on which content deserves to make it big in TV land. 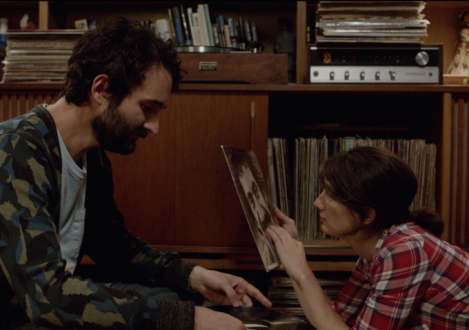 SEX AND THE CITY OF ANGELS

If television has taught us anything it’s that life in Los Angeles is a mixed bag; a heady concoction of love, death, sex, and more often than not, copious amounts of self-loathing and regret. Transparent follows three siblings, Ali, Josh, and Sarah, through their privileged, rich-kid lives of leisure, and their confrontations with the aforementioned trials and tribulations of everyday life on the West Coast.

Despite a clear emphasis upon themes of disrupted family values running throughout the core of the show – an aspect brought to the fore with the introduction of the siblings’ restless father Mort (Arrested Development’s Jeffrey Tambor) – Transparent’s uncertainty in terms of what subject matter it truly wants to explore through its characters is the show’s greatest weakness. Jill Soloway’s time as a producer on Six Feet Under is a clear influence upon Transparent, but its attempts to pick away at the surface of its characters sexual quirks and desires in a similar manner as the dark HBO comedy-drama feels forced and cynical; Josh likes sleeping with young bleach blonde chicks that play in bands; Ali bites her lip every time she makes eye contact with the burly black personal trainer down at the park; and housewife Sarah is a bisexual. Even with the odd sadomasochistic public spanking and 2am trip to a call girl added to the mix, nobody appears as particularly dysfunctional – especially in the case of young singletons Josh and Ali – and yet dysfunction is seemingly what Transparent wants to project above all else. Worryingly, the attributes of the siblings’ sexual partners highlighted in provoking that sexual shock factor are young, black, and gay – hinting that such attractions are in some way sordid as opposed to completely pedestrian.

On a positive note, the title is very clever (wait and see…) and the acting is strong throughout; mumblecore director Jay Duplass, Gaby Hoffman, and Amy Landecker portray both endearing and vulnerable characters, who offer far more emotional depth than the situations in which they are placed. It may well treat its characters as sexual guinea pigs, but such experiments have been conducted many times before and with much more finesse. While shows such as Girls, Brothers and Sisters, and Six Feet Under are still at your viewing disposal, Transparent will always be treading on the footsteps of other series which have managed to truly break new ground when it comes to matters of the heart and body.

Transparent is available to watch and rate on LOVEFiLM now.