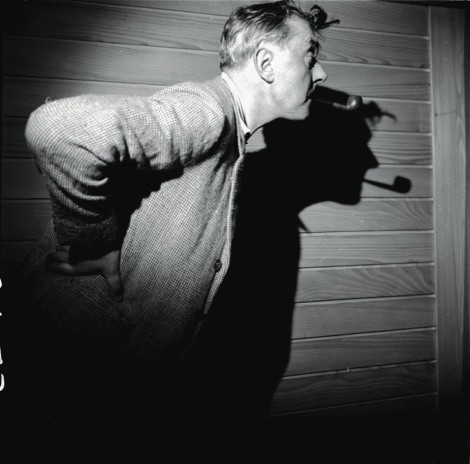 A MODERN WAY OF LETTING GO

Jacques Tati is one of European cinema’s most celebrated cinematic personalities. Embodying the roles of both director and star of a number of beloved french farces exhibiting the befuddled exploits of the umbrella toting Monsieur Hulot, Tati’s work made an art form out of one man’s inability to adapt to the everyday sights and sounds of a rapidly evolving modern world.

Though much quality and enjoyment can be found throughout this box set, notable mentions must go to the latter examples of Tati’s work such as the bank-busting picture which cemented the auteur’s legacy, Playtime (1967). Tati elected to literally build his chosen postmodern environment from the ground up; a sleek ultramodern habitat of highly polished grey surfaces – its exuberant inhabitants provide the flashes of colour. The picture’s angular cinematography slices and dissects at this land filled with symmetry and order before introducing the ultimate antithesis to its homogeneity, Tati himself. The director’s exceedingly costly and painstaking construction of this architectural canvas ensures every shot is a carefully constructed and expertly choreographed portrait of sharply tailored crowds, office cubicle mazes, and compact, gridlocked automobiles. It is a wonderfully imaginative, constantly evolving, and strangely attractive feat to admire.

Tati’s performances are predominantly physical, the sound of dialogue is rarely audible throughout the former French music hall mime artist’s filmography. His confusion and awkwardness provide the driving force behind his narratives and the disconnected tone they project; a longing for an era not complicated by superfluous technologies. This collection is a vivid and incredibly charming regression to the romantic antiquity to which Tati clung, supplemented with an abundance of interesting and analytical bonus features, including original documentaries and commentaries – which will only further enrich your experience. The quality of these Blu-ray restorations also ensures the pictures look the best they ever have. A truly essential collection offering the perfect opportunity to laugh and dance alongside Tati while watching the world change through his mischievous and critical eyes.