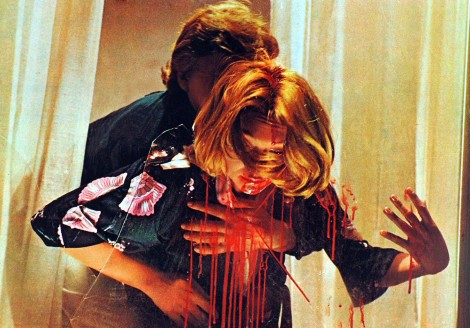 Beautifully presented over three discs – a 4k restoration of both the Director’s Cut and the International Theatrical Cut, with an additional soundtrack CD – Arrow’s Blu-ray release of Deep Red (or Profondo Rosso in its native Italian) may well be the ultimate edition of Dario Argento’s 1975 horror/mystery classic.

A staple of the Giallo film genre, Deep Red includes all the elements that made the interspersion of detective and slasher so popular in the 1960s and 1970s, showcasing why Argento was such a master and making his eventual decline even more of a shame. This downfall, on both a commercial and critical level, may be down to two reasons – Argento’s inability to move forward with technology, or the inability of audiences to enjoy a more traditionalist director. It seems likely to be both, as Deep Red showcases Argento’s keen eye of handling older horror effects while still demonstrating the capacity to provoke a sense fear and dread in the audience. If Argento were willing to step forward as the audience look back there may be a viable success lined up for him.

Irrelevant of Argento’s career trajectory, Arrow’s 3-disc Deep Red boxset is a wonderful addition to any collection. Both versions of the film look incredible, and the film itself has never lost its edge, be it the 127 minute Director’s Cut, or the 105 minute International Cut. The version seen by American audiences in cinemas may chop out some of the more grotesque and violent scenes, but it is still cleverly edited to ensure that nothing major is lost, though it is in Argento’s Director’s Cut that the film really comes alive. Never quite grimacing or holding back, the inevitable close-ups of the killer’s black gloved hands are still a symbol of Argento at his best, while the creepiest doll in horror history and a truly stomach-turning teeth smashing scene are even more intense in 1080p resolution.

Extras include an introduction from Claudio Simonetti of Gobiln, the film’s prog-rock soundtrack composers, the original Italian trailer, a limited-edition booklet with original archive stills and posters, and 6 postcards sized lobby card reproductions, (among other extras), there is more than enough to satisfy Giallo fanatics over time. Deep Red may be a horror masterpiece, but it is surely even more enjoyable with Arrow’s high definition re-release loaded with special features. 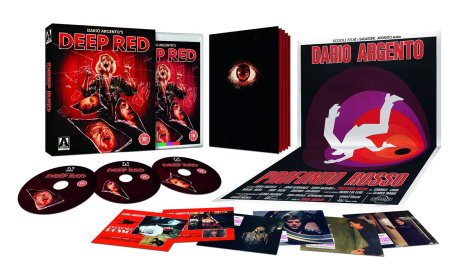