FIGHTING TALK re-evaluates and celebrates some of cinema’s most divisive releases, hopefully convincing you to go back and give them a second chance. First out of the corner, Vanilla Sky. 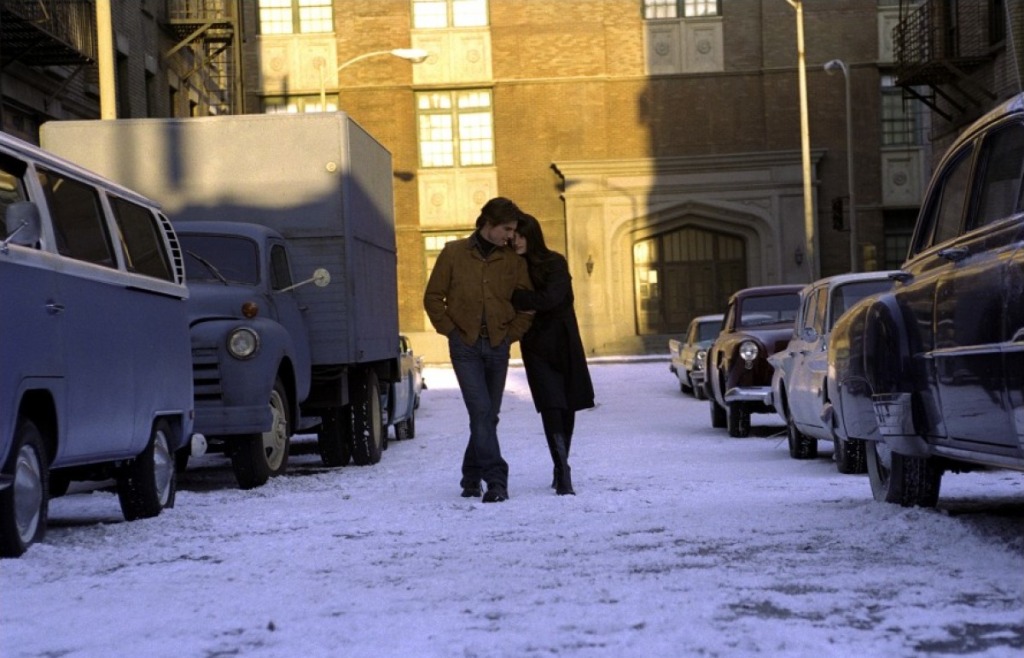 One of the first academic essays I wrote during the POSTMODERNITY module of my film degree was regarding postmodern representations present within Cameron Crowe’s 2001 sci-fi romance drama, Vanilla Sky, and the original Spanish film from which it was adapted, Abre Los Ojos (Open Your Eyes).

I chose Vanilla Sky for many reasons; a stimulating aesthetic, thought-provoking content and especially its quintessentially postmodern labyrinth of a plot – in the sense that irrespective of whether you realise it or not, the narrative is far from linear and ultimately still open to interpretation following the final scene. Also the very nature of a remake can be regarded postmodern, adhering to the argument that, today, especially throughout various contemporary artistic representations, whether it is a painting, poem or prose, everything has been created in a similar incarnation once before. Those familiar with Hollywood’s penchant for repackaging popular European pictures in a diluted form to accommodate a wider audience would be forgiven for assuming the same of Vanilla Sky, though this is not the case.

The idea that we currently live in a world which is essentially one big replication (or foreshadowing) of past, present and future is somewhat depressing but nevertheless an inescapable truth. The best way to combat the negativity of this perceived creative stagnation is to essentially celebrate and personalise it; attaching our own unique emotions and life scenarios to mediated sources such as film, television and music that have woven themselves into the fabric of modern life. Nostalgia and sentiment, whether melancholic or cheerful, is an extremely powerful tool which is often traded upon in the consumerist driven culture we occupy. We buy what we want to become, and more than not generations of life lessons are passed down by those aforementioned media sources as opposed to your traditional patriarch or matriarch. We consume representations and project them outwards to establish a social identity and source of recognition to achieve goals such as making friends and meeting romantic partners. The concentrated emphasis on these superficial factors, and the resultant disillusion and discontent which they create when they become fragmented, form the basis upon which Vanilla Sky’s lead protagonist David Aames experiences his downfall into the escapism of a lucid dream which quickly becomes a nightmare.

For most of the developed western world this is the scenario we adhere to day by day, and ultimately we can’t resist it if we want to be perceived as ‘normal and functioning’ to society at large. When David is stripped of his handsome looks due to a scorned ex-lover (who David ultimately used as a means of satisfying his sexual appetite, and nothing more) he is also relegated to the margins of society despite once holding such a prominent position at its professional and social peak. I can’t completely demonise this consummate consumerist aspect of modern life (despite its many negative aspects; hyper-sexualisation, hyper-consumerism, gender-crisis, etc. etc.) as it’s inescapable and unrealistic to assume it can be completely shut down without the wheels of society as we know it completely falling off – as ultimately, it acts as the benchmark by which we measure the success of our lives. What we need to do is be aware of such influences and maintain a balance between their positive and negative influence; an awareness which Vanilla Sky clearly highlights reminding us that irrespective of how ‘real’ reality actually is, great beauty and true emotion still remain however we acquire such pleasures.

Furthermore, I just really like Vanilla Sky. I admire its bravery in provoking people to question themselves and those aforementioned issues – despite being a big-budget Hollywood picture with an all-star cast that ultimately had to deliver at the box-office. I admire the fact that Tom (biggest movie-star in the world) Cruise made a movie which genuinely pissed people off – not because it was poorly made from a production standpoint (its micro elements from mise-en-scene to sound are impeccable) but because they just didn’t ‘get’ it or at least didn’t want to. That complacency is what’s important to address. The  speculation that leads most people, critics and everyday cinemagoers alike, to immediately dismiss Vanilla Sky under the impression that it somehow dropped the ball. That its non-linear narrative failed because it never arrived at B after A, and raced off to Z only arriving at some semblance of a resolution two months later when somebody kindly tried their best to explain the plot via Wikipedia (thanks guy) when in reality, Cameron Crowe never wanted his film to be an easy ride.

Simply put, Vanilla Sky is the story of a man, who when his living breathing physical ‘reality’ falls apart, willingly retreats into a separate yet extremely similar reality, solely formulated of the pop-culture which he has found stimulating throughout his life. That alternate life proves near identical due to the fact that both realties are in fact fictional constructs derived from mediated representation – and who better to experience such events than the owner of a New York publishing firm.

The problem that many viewers have with Vanilla Sky is that you can’t initially tell where one reality ends and the other begins, (it’s when Monet’s vanilla skies begin to hang above David’s daily life) which ultimately proves confusing and disorienting to audiences overexposed to the confines of all those storybook narratives which leap from A to B with a sword fight in the middle and a fair maiden at the end. But ask yourself can you actually tell where your current reality begins and ends? Why did you choose that outfit this morning? What magazine did you see it in? Why are you dating your boyfriend or girlfriend? Do they remind you of someone? Maybe even a past boyfriend or girlfriend? Why do you drive that car? Or drink that brand of beer? More often than not there is a reason not born out of uninfluenced, unmediated, organic human reasoning but rather imagery of the past and what it has come to represent to you personally today.

Since Vanilla Sky is essentially a postmodern critique of pop-culture’s pervasive influence, manufactured identities, and vanity gone wild, I’m allowed to evaluate it from a pop-culture standpoint – which also means I can be especially superficial and comment on just how Penelope Cruz has never looked better on film, or Manhattan’s Central Park blanketed in crisp orange leaves for that matter. I’m allowed to say that when I hear the drums kick-in on Jeff Buckley’s Last Goodbye it makes spine tingle a little bit. It pleases my eyes to see everything painted in those characteristically 90’s shades of violet, brown and blue, and pretentiously ponder how the shadows cast in autumn are my favourite kind of shadows. I’m allowed to not necessarily care about fully understanding the plot first time round because there’s a thousand subtle nods and nuances that make me relive fond memories, whether they’re actually mine or not – and isn’t that what pop-culture is?

What I’m ultimately trying to say is that, although it’s preferable, you don’t necessarily have to understand it, you’ve just got to feel it. I appreciate songs and art that I don’t understand and probably never will, and maybe there’s nothing to be understood; they’re just words and paint acting as the touch-paper for the fireworks in your own minds eye. I don’t care if a happy ending waits upon the horizon, or for that matter even just an ending in the traditional sense – I wouldn’t watch Terrence Malick films if that were the case. Numerous films have successfully evaluated and critiqued the vapidity of modern life and specifically its strain upon male protagonists and masculinity at large in far more explicit manners, for instance Wall Street and American Psycho – but very few decide to relay that message via a love story highlighting that true humanity is still present by depicting our reactions and inability to deal with losing what is legitimately important and can’t be purchased with a tangible currency.

I really encourage you to give Vanilla Sky a second chance with these factors in mind. Also its soundtrack, from the Peter Gabriel to The R.E.M is amazing, the cinematography is beautiful, Cruise & Cruz are at their romantic, on-screen/off-screen couple best, Diaz is at her crazy best, and hopefully everything you’ve just read might just change your mind – if not I’ll have another go, in another life when we are both cats.