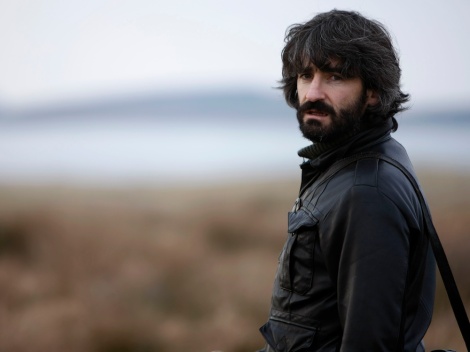 Following a self-imposed exile of nearly fifteen-years, sound-recordist Eoghan leaves Berlin and returns to his native land of Donegal, Ireland. Intending to record the naturalistic melodies of his desolate yet wildly beautiful homeland, Eoghan embarks upon a journey which draws him into a series of surreal and revealing interactions with the land’s inhabitants, culminating with his emotional arrival at his childhood home.

Director Pat Collins clearly sets out to establish Silence as a haunting ode to the sounds, individuals and folklore which have occupied the vast Irish landscape for several centuries; a goal which is clearly achieved via several enthralling and immersive techniques. As expected with such focus upon sound from a narrative perspective, Silence’s actual utilisation of sound design is impeccable. The soundtrack and organic noise combined with the film’s equally entrancing collage of sights from both past and present drives the journey forward, providing an intangible secondary protagonist and travelling partner for Eoghan – seemingly encouraging him to traverse deeper into his own connection to the land alongside the episodic stories he stumbles across. The picture often treads a fine line between a fictional homecoming and documentary film, encapsulating the real-life environment and imbuing it with a series of carefully constructed examples of contemporary folklore which can live on through the next several generations.

Lead protagonist and Silence screenwriter, Eoghan Mac Giolla Bhride’s depiction of a man reluctant to rediscover and explore his origins is perfectly judged. He provides the audience with enough emotion to feel attached to the fictional Eoghan, whilst not interfering with your own personal trek across Berlin’s concrete jungle, windswept vistas of wild flowers, and cliffside paths battered by the rolling ocean. Silence is a beautiful yet challenging celebration of both Donegal and individuals’ yearning for home. It borrows avant-garde elements and often proves difficult to decipher, but the experience of trying to unlock its many mysteries proudly stands alone as one unmistakable in nature.